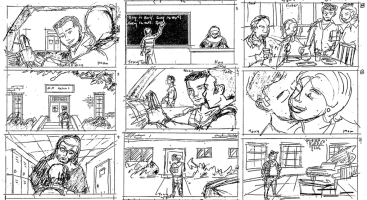 JOEY SYLVESTER was born and raised in Chicago, Illinois. He studied film and theatre at Columbia College Chicago. As a youngster, Joey played football, wrestling, and baseball #12. He carried his video camera everywhere and herded his friends from various location to the next doing scene after scene. Perhaps this was only child’s-play, but Joey’s imagination had been activated, and a seed had been planted. Little did he know that he had tapped his creative and logistical talent for directing, producing, and acting.

Picture Twelve is a film production company established by filmmaker Joey Sylvester. His work as a director/producer/writer/actor has earned him numerous awards and accolades. Picture Twelve serves as a full service production company and produces their own films. They also offer universal liaison services, and they assist in securing financing and distribution for companies and entrepreneurs in the film industry. If you or your network has any interest, as either an entrepreneur or investor, please contact Picture Twelve and they will be happy to provide you with details. 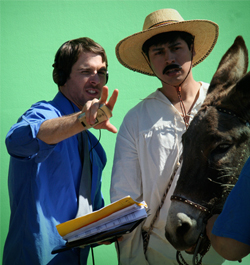 Joey’s directorial debut “In The Land Of Opportunity” premiered at FESPACO in Burkina Faso, and was featured on the BBC. The film was honored and chosen to screen at the Gene Siskel Film Center in Chicago, they called it “An impressive and well-crafted film”. Later that year Joey presented the film for aspiring filmakers at the NAB SHOW in Las Vegas.